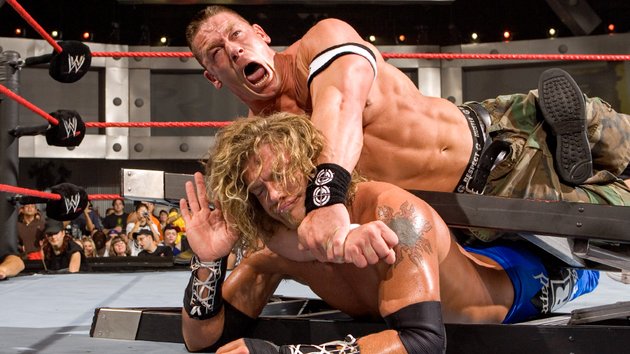 As noted, WWE revealed a new edition of their popular series WWE Untold would be coming to WWE Network. This upcoming episode previewed during WWE Network trailers is set to focus on the rivalry between Edge and John Cena. Now, we can exclusively reveal when you can expect to see this upcoming video.

WWE Untold: Edge vs. Cena is set to premiere on WWE Network next Sunday, on September 20th. While this edition will look at the rivalry between the two WWE legends, it specifically will focus on their Tables, Ladders, and Chairs match at WWE Unforgiven 2006.

So, what do you think? Are you excited to see a new episode of WWE Untold coming to the WWE Network archives? Does an episode focusing on the TLC match between Cena and Edge interest you? Let us know all of your thoughts on WWE Untold: Edge vs. Cena and the WWE Untold series as a whole in the comment section below.