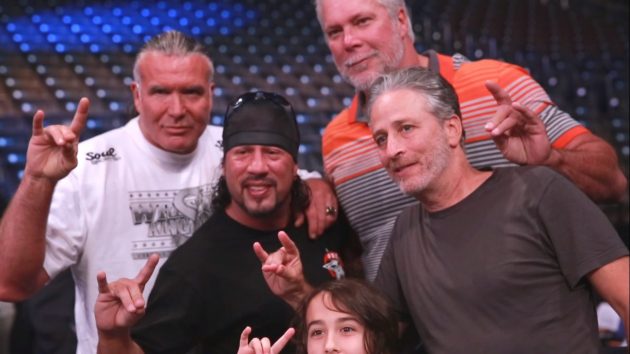 WWE Network regularly uploads special events and original specials to the archives. These can range from episodes of a regular series such as Table For 3 or WWE Ride Along, WWE Network special events like Worlds Collide or Smackville, or this could be a unique one off documentary of some kind. With the service offering such a plethora of content, we’re interested in what WWE Network subscribers think of some of these programs. As a result, we intend to offer polls more often to create a discussion. With that said we’re curious: What did you think of WWE The Day Of: Summerslam 2015?

WWE The Day Of took an unexpected turn this go around! This time, it didn’t focus on a recent event but instead went five years to the past with Summerslam 2015. More specifically, the episode focused on John Cena vs. Seth Rollins, along with celebrity guest host Jon Stewart’s involvement. This special has a run time of almost eighteen minutes with an official time of 17:47.