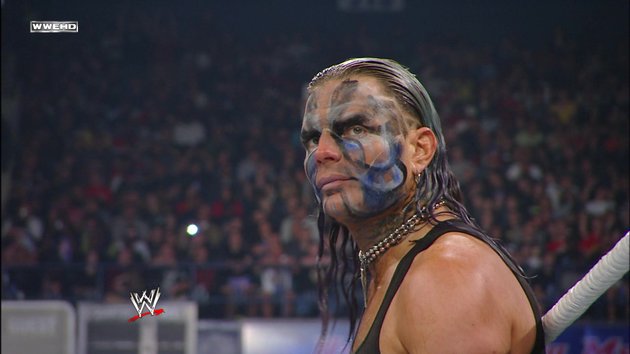 We exclusively revealed a new episode of WWE Break It Down is set to premiere on WWE Network featuring Sheamus. In a fitting parallel, another WWE Network original will be airing that same weekend highlighting Sheamus’ recent rival: Jeff Hardy.

More specifically, a new episode of WWE Chronicle will be coming to WWE Network and will highlight the Charismatic Enigma and former World Heavyweight Champion. That special is set to premiere on Sunday, July 12th. Jeff Hardy recently returned to WWE after battling both an injury and personal demons, both of which has been focused on during WWE television in recent months.

So, what do you think? Are you excited for a new edition of WWE Chronicle coming to WWE Network? What do you make of an episode highlighting Jeff Hardy? Do you expect it to cover his recent story with Sheamus focusing on real life struggles he’s battled? Let us know your thoughts on WWE Chronicle: Jeff Hardy and the series as a whole in the comment section down below.