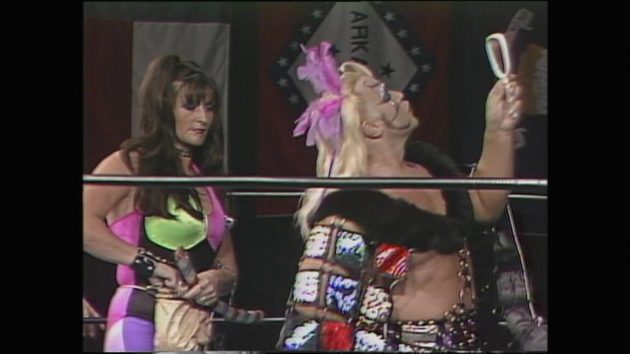 Another WWE Network documentary is on the way! Prior to NXT UK Takeover: Cardiff next Saturday, a new special will air titled Exotic: The Story of Adrian Street and Miss Linda. Adrian Street is a legendary star of the wrestling business and also happens to be someone many hoped would be a part of NXT UK behind the scenes since it was announced. He had recently helped train at the UK Performance Center. He is perhaps best known for his flamboyant persona, although he is highly regarded as one of the better and more underrated talents of his time.

When the WWE Network first launched, this kind of content is what many had hoped for and expected out of the on-demand service. 2019 has had a plethora of documentary style programs, and this will likely satisfy many subscribers. As a reminder, this will air prior to NXT UK Takeover: Cardiff on August 31st.

Editor’s note: This article has been corrected to reflect the special airing prior to UK Takeover, not following the event as initially listed.

Below is the synopsis for the upcoming special:

Exotic: The Story of Adrian Street and Miss Linda
British sports-entertainment legend Adrian Street reflects on his life and career in and out of the ring. Join him as he relives his journey to becoming one of the most outlandish and polarizing Superstars in history, and witness his emotional experience coaching at the WWE Performance Center in the United Kingdom.

So, what do you think? Are you excited for this special on the legendary performer? Is this kind of content something you enjoy seeing on WWE Network? Would you like to see more of it? Let us know your thoughts in the comment section down below.